How far would you go for a good idea? 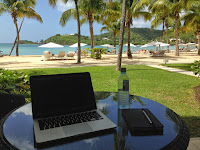 In my day job as creative head of our ad agency, I spend some of my time thinking of ideas. I’ve been doing it for long enough not to be scared by the blinking cursor but still, anything that brings better ideas more easily is good. Especially if it means I can justify what I had always thought was an irrelevant (if enjoyable) sideline.

I like writing and I like to travel; the length of time it took me to work out that travel writing was quite a good way of combining the two is therefore somewhat embarrassing.

Read more »
Posted by Ian Henderson at 1:51 PM No comments:

Why cyclists can't turn on each other. 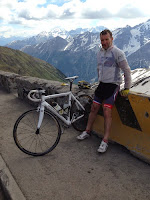 I’m writing this lying down with my laptop balanced on my left knee and a generous supply of painkillers nearby. I came off my bike on my way to work, landing on my right hip and breaking my pelvis in several places. It’ll take a year to heal.

And the reason I came off the bike? I was pushed, deliberately, in front of witnesses and cameras, by another cyclist.

If you can help, call 101 reference 6504284/15 or visit @whoshovedian on Twitter. You can read about it in the London Standard here.

Read more »
Posted by Ian Henderson at 6:56 AM No comments:

Last of the summer rosado 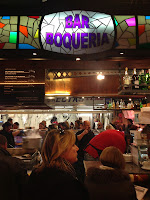 How to make the most of winter sun in Barcelona with compras, cultura y comida – Ian Henderson enlists a home-grown local expert.

The wettest month in Catalunya is October. And once it passes, the days in Barcelona – while shorter and more subject to cold air currents – can be as sun-filled as the height of summer. On these days, the bars and restaurants adjust with more tables indoors and heaters on the terraces; the shops stay open just as late (with many still closed for the mid-afternoon siesta); the people put on an extra layer and carry on much as they do the rest of the year. It can be the best time to visit what is, in my view, the world’s second-coolest city. 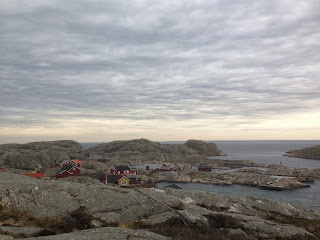 The weather on the Skagerrak coast of Sweden, just south of Norway, blows in hard from the Atlantic. Ian Henderson heads to an isolated rock that gets it first - and finds it strangely familiar.

Like the better-known archipelago on the eastern Baltic coast of Sweden, dotted with the red-painted summerhouses of wealthy Stockholmers, the western coast (known as Bohuslan) is a maze of channels, islands and picturesque harbours. But open to the Atlantic, Bohuslan is the tougher, hardier side of Sweden. It's also home to Aunt Jatt, who came back from Australia to her beloved Hamburgsund after her working days were done.

Thailand: tranquillity among the tourists?

Phang Nga Bay used to be where hippies went to find inner peace. But is karma still to be found in such a popular destination? Ian Henderson gets his chakras straight on Yao Noi island. 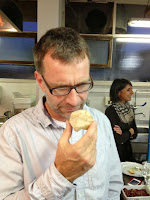 With more truffles to be found in the British countryside, Ian Henderson unearths the secrets of the Tuscan truffle hunters.

This article first appeared in the Sunday Telegraph

I’m enjoying a breakfast of scrambled eggs with delicate shavings of ridiculously expensive white truffle. According to experts, it’s the perfect way to bring out the unmistakeable but undefinable flavor.

Cuba. Island of the obstinate. 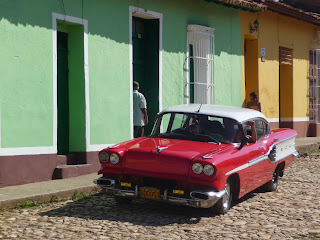 There’s a lot more to Cuba than Communism, old Chevrolets and Caribbean beach resorts. Ian Henderson finds out how sixty years of being determinedly different has created a parallel future.

This article first appeared in the Sunday Telegraph CLICK HERE

Ian Henderson
I like to write about travel. Some of my work has been published in national newspapers and international magazines; some of which you'll find here. I also write about advertising and business brands - you'll find that elsewhere.